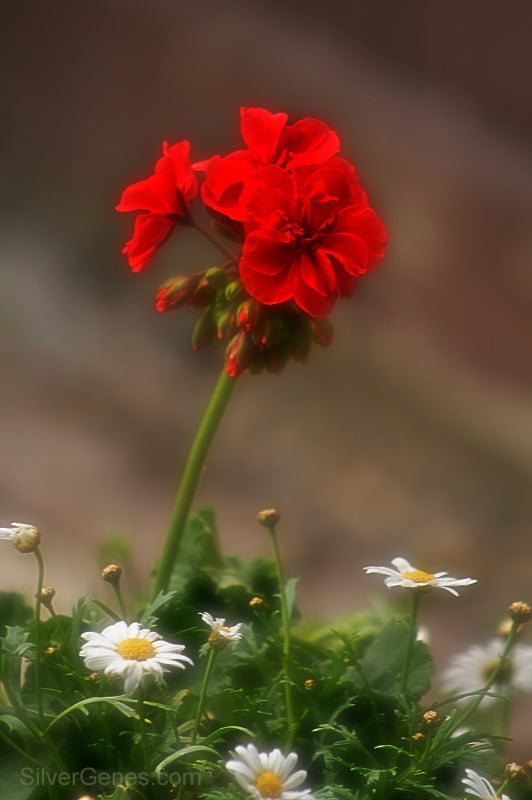 Just before the rain, the light shifted and the color temperature warmed making the geranium look almost surreal.

I shot the photo in RAW. Next, I used the Orton Effect to take advantage of the particularly brilliant color of the flower, then used a layer mask to remove the effect from the center of the bloom while retaining it in the rest of the photo.

The image was imported into Photoshop in the ProPhoto color space. This is the only space large enough to work where reds and oranges would not be clipped. When I was finished with the editing, it was then converted to sRGB and sized for web.

There is a certain amount of ‘glow’ with the effect and now, seven years later, I may dig out the original photo and see what else I can do with it. I’ll keep you posted!

Writer’s note: Are there some things we just can’t salvage? Yes, of course, but if you are still looking at it years later, there is something about it that works. What brings you back? Discover the element that works and build the rest around it. Don’t do so much that it obscures the original though.